Search results will only be displayed for websites properly indexed by Google.

Use unit fractions to name and count fractional amounts 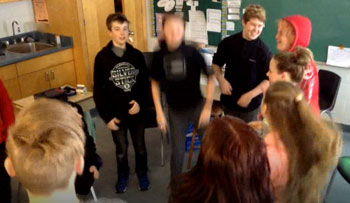 Students “count up” using unit fractions (for example, 1⁄4, 1⁄3, 1⁄2, 1⁄8, etc.). The students or teacher can choose any unit fractions, and the teacher or students can set game rules such as: "When you get to one whole, stand up and state the quantity as both a fraction and as a whole". Note: this game is similar to a well-known number game called BUZZ.

Variations on the game