Search results will only be displayed for websites properly indexed by Google.
Download PDF

Math for Teaching: Rectangles, Number Lines and Circles, Oh My! 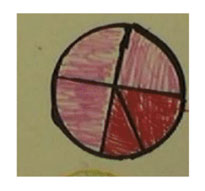 Circles are difficult for students to partition accurately, especially with large or odd numbers of partitions. As a result, students may focus more on the number of partitions and less on their equivalency. Research indicates that students become overly reliant on circles, continuing to use them in contexts where they are no longer helpful, such as distance contexts involving tenths of a kilometer. Furthermore, students are reluctant to replace the use of circles as a ‘go to’ representation with more powerful representations, such as number lines and rectangles, when these are introduced later.

Although circles are often introduced as an early representation within the context of pizza, generally their usefulness for students is limited to fourths, halves and eighths. Changing the partitioning of the whole is more difficult to do when using circle representations than number lines or rectangular area models. Suppose when asked to represent sixths, a student draws a circle and partitions it into fourths, then recognizes that the partitions should be sixths. The student may further partition the fourths to create twelfths and then merge twelfths into sixths. But more typically, the student will erase their work and begin again, or add two more partitions to the fourths to create six unequal regions. Alternatively, using a rectangular area model, sixths can be easily created from fourths by adding two more equal partitions resulting in a larger whole. A number line can be adapted by extending it in a similar way. Note that when comparing fractions, attention must be given to same sized wholes. 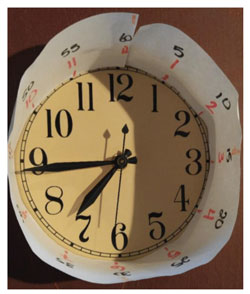 As an alternative, when teaching the telling of time on an analogue clock or creating circle graphs, consider thinking about the circumference as a wrapped number line. This allows students to unwrap the number line to create a linear representation that can be more easily equi-partitioned.

Supporting Students in Moving Beyond Circles to Using Powerful Representations